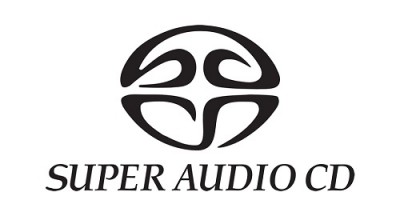 Super Audio CD (SACD) is a read-only optical disc for audio storage, introduced in 1999. It was developed jointly by Sony and Philips Electronics, and intended to be the successor to their Compact disc format. While the SACD format can offer more channels (e.g. surround sound), and a longer playing time than CD, research published in 2007 found no significant difference in audio quality between SACD and standard CD at ordinary volume levels.

SACD is a disc of identical physical dimensions as a standard compact disc; the density of the disc is the same as a DVD. There are three types of disc:

*Hybrid: Hybrid SACDs are encoded with a 4.7 GB DSD layer (also known as the HD layer), as well as a PCM (Red Book) audio layer readable by most conventional Compact Disc players. A hybrid SA-CD is an SA-CD disc that can be played on regular CD players. The sound quality in that case will, in principle, not be better than that of a regular CD.

*Single-layer: A DVD-5 encoded with one 4.7 GB DSD layer. Single-layer SACDs carry no legacy format layer and are unreadable by conventional CD players.


In this thread I will post SACD music in .iso format, sometimes Hybrid SACD in standart flac format.

If you want to listen it on computer, just download the file .ISO, install foobar and foo-input-sacd plugin (0.6MB), drag the iso file to foobar and listen.

Aslo, disc image you can record on DVD (+R, -R, +RW, -RW) using this program ImgBurn and listen on your player.